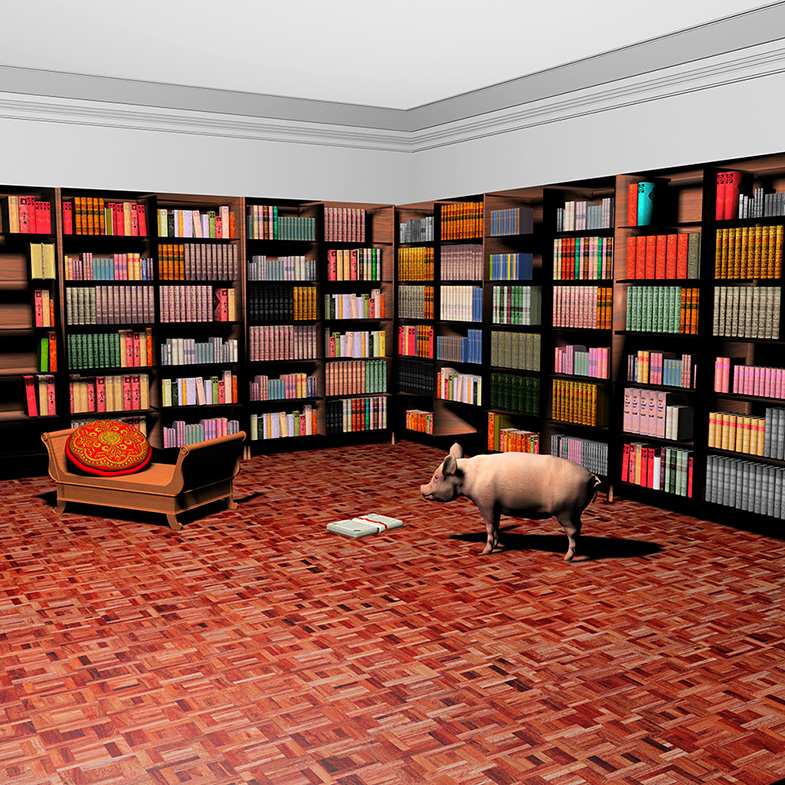 Since 1990 she has investigated the artistic applications of the digital language.

In 1983 he graduated at the University of Buenos Aires, with a degree in civil engineering.

As from 1994 she became interested in the investigation of symbolic languages like Tarot and Astrology.  She studied the Celtic Tree oracle with Helen Eastman and the I Ching with Master Chiu Hsi Hsiang.

In 2006 she published her own deck of cards: YU TAROT.

In 2009 she received training in Tibetan divination with Yeshe Dorie, from the Palden Sakya School and later on she is initiated by the Master leader of the School, Khempo Pema Wangdak.

She carried out her first individual exhibition in the Museum of Fine Arts Eduardo Sívori with the series YU TAROT in 2006.

She is currently pursuing her work as a visual artist and living in Buenos Aires.